The KFC Big Bash League offers non-stop entertainment from start to finish, with something to keep the whole family entertained. It’s the best of cricket, smashed up, repackaged and delivered in a quick and explosive 3 hour block.

Despite offering crowds the great music, phenomenal fireworks and of course the best Australian Cricket talent all in one place, the Big Bash finals series competes with crowds flocking to the Australian Open during late January.

With some of the biggest matches on the calendar taking place in Melbourne, Cricket Australia needed to drive match attendance to the finals and get fans back to the MCG. We were tasked with creating a local marketing campaign that brought hype and awareness to matches in Melbourne once the Finals schedule was confirmed.

With no time to waste, we got to work sourcing activities that would draw the most ‘local’ attention alongside securing specific prime locations, permits and a team for our activations.

Given our primary focus to driving last minute ticket sales to the BBL finals, we hit the streets with impact. Featuring roaming human billboards, our cheeky messaging and strong call to action gave Melbournians a reason to head to the G’ over the AO.

Our army of human billboards, supported by a squad of pep Cheerleaders navigated the streets surrounding the Australian Open and the CBD alongside the busy commuting areas at Melbourne Central, Flinders Street and Parliament station. Drawing BIG crowds and attention with ease, the Cheerleaders captured the gaze of passers-by, performing flips, lifts and out-there routines that should not be tried at home.

“With a quick turnaround Neonormal delivered a fantastic activation” 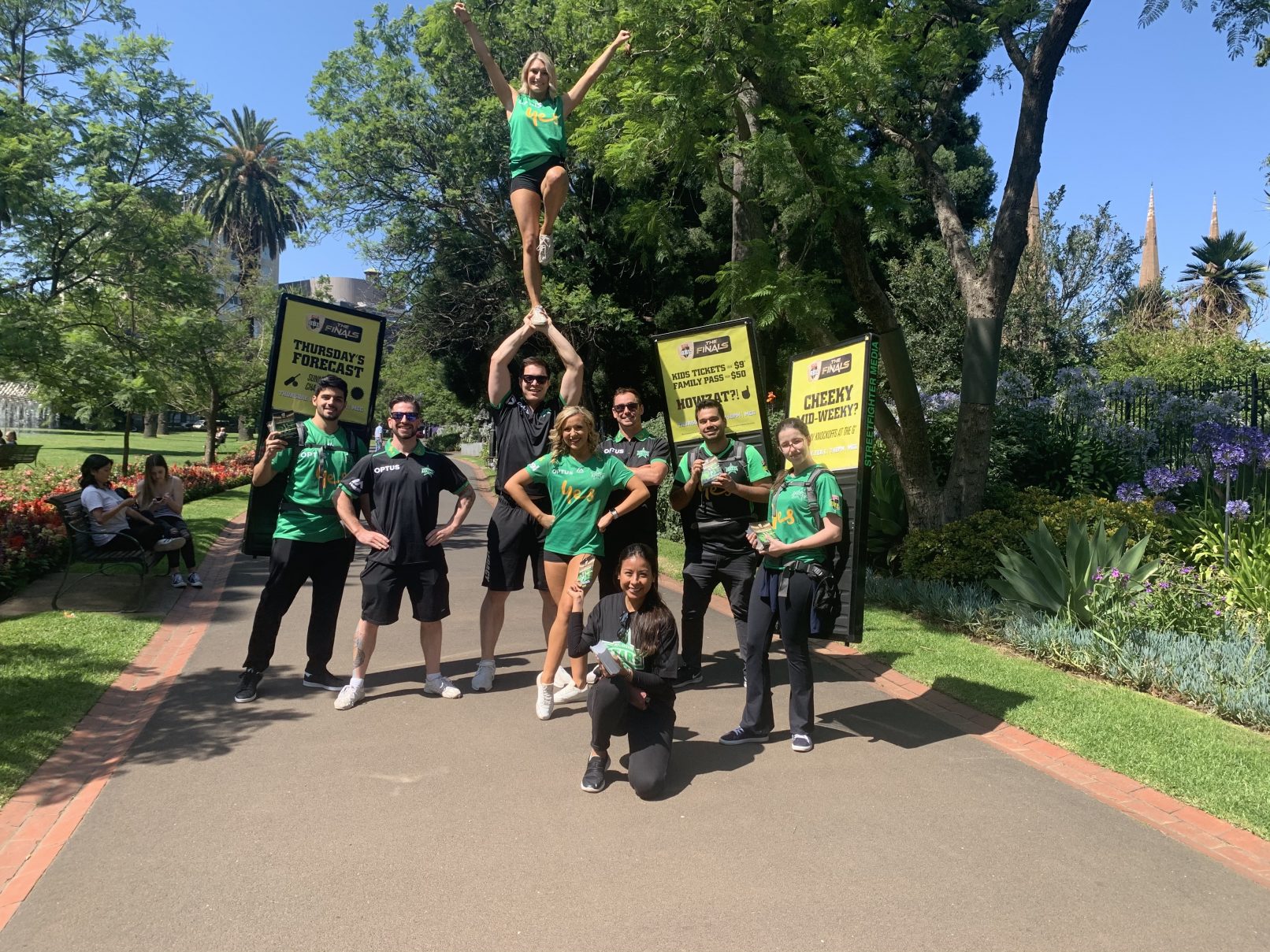 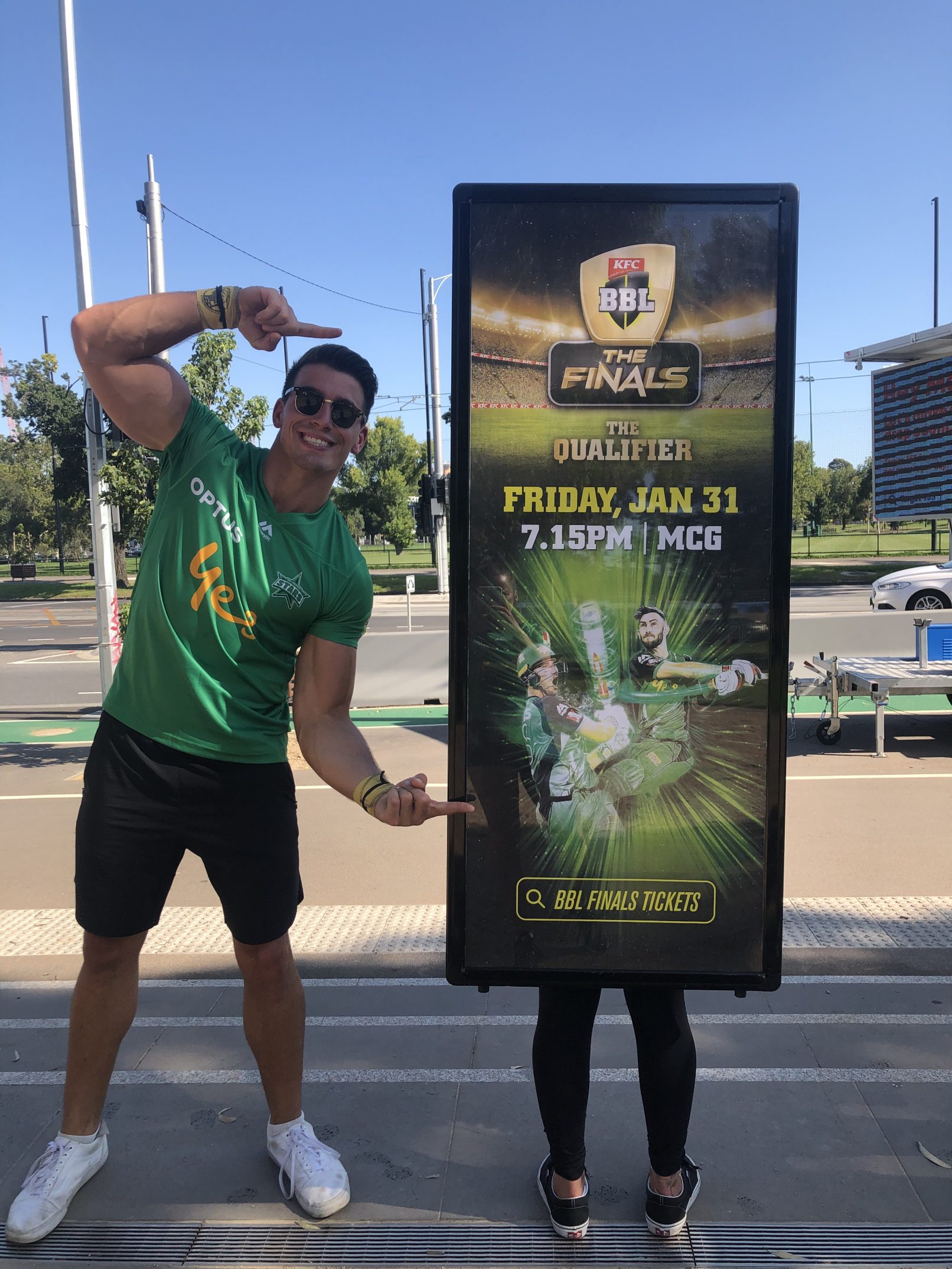 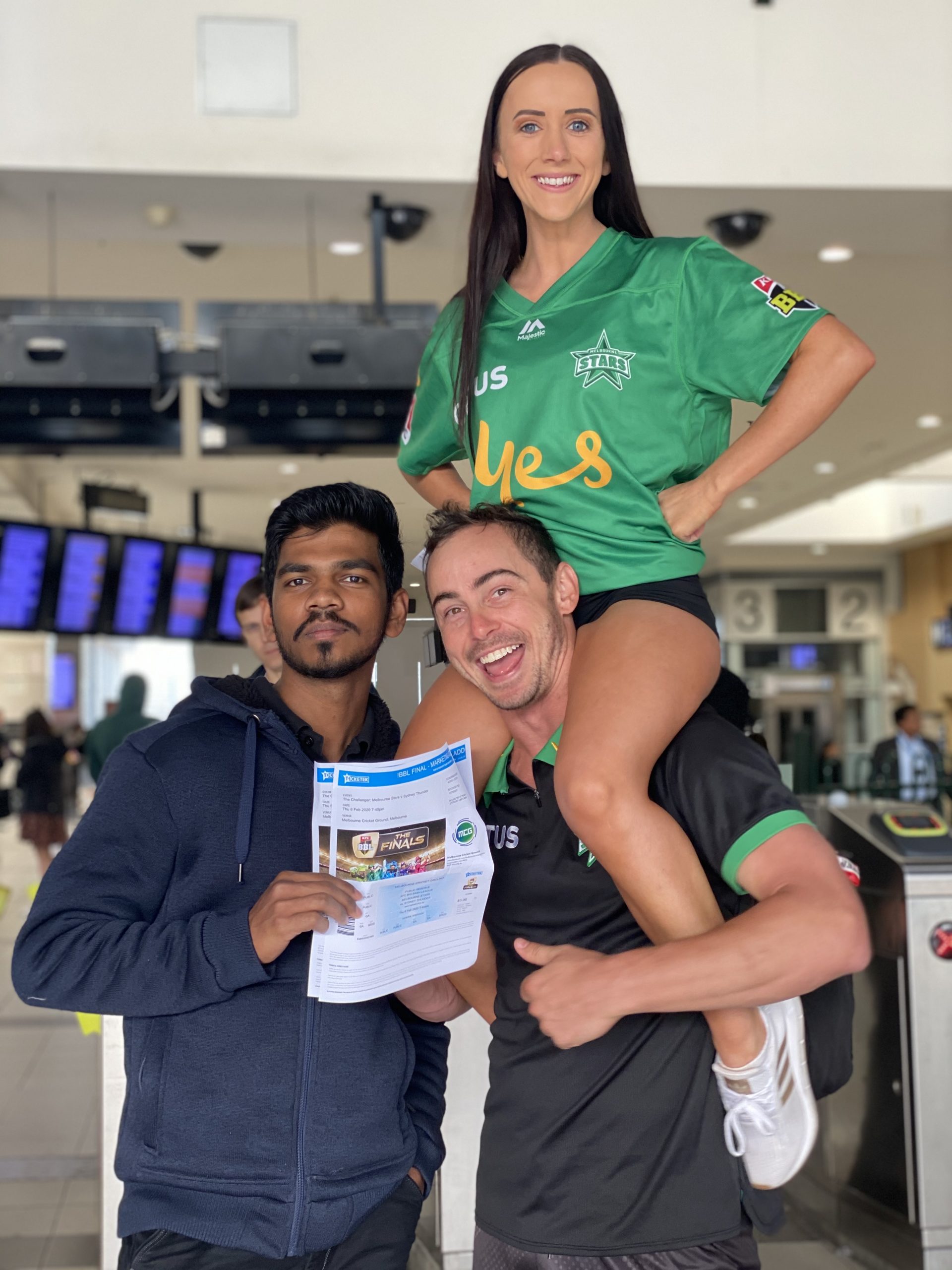 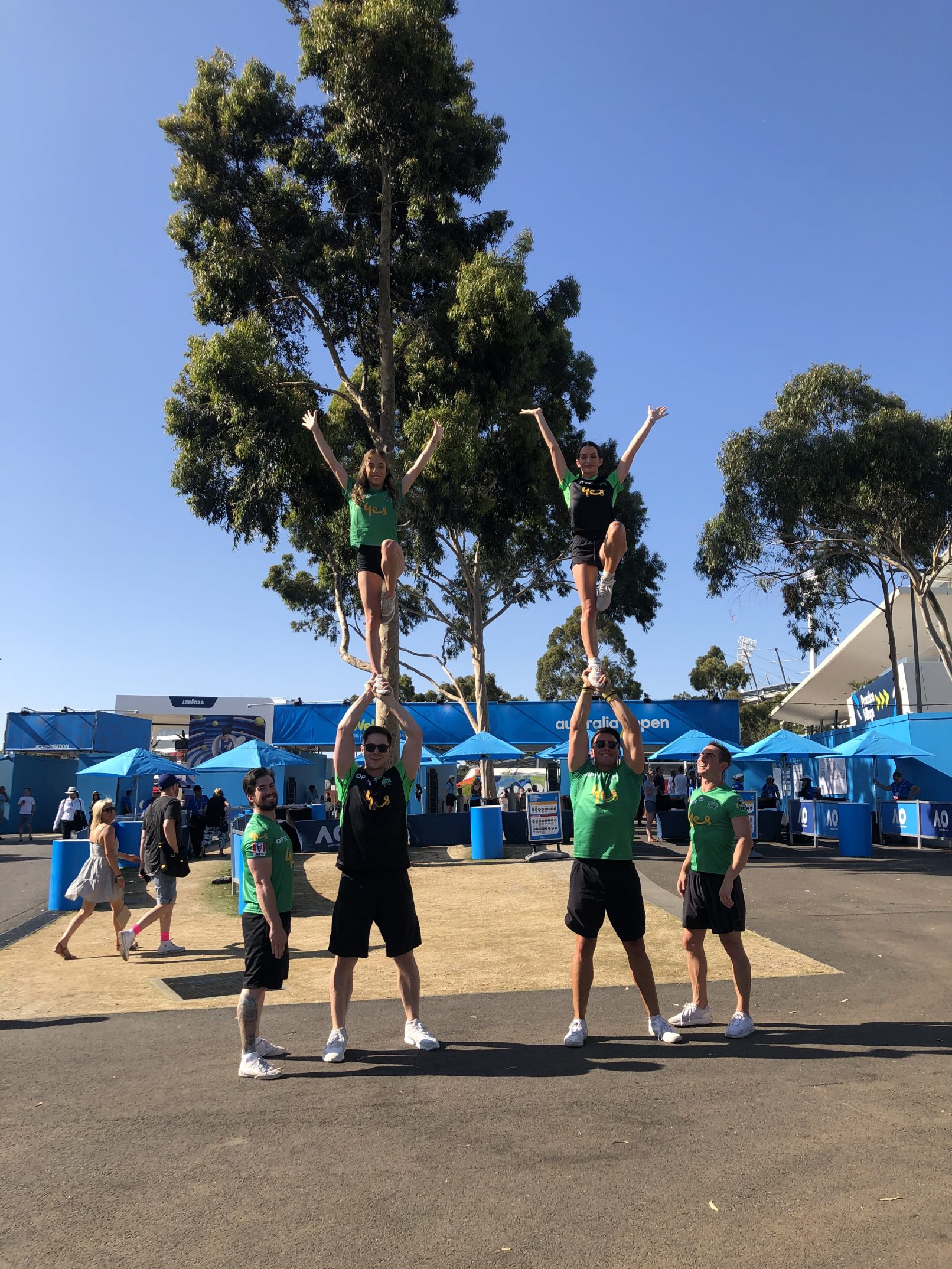 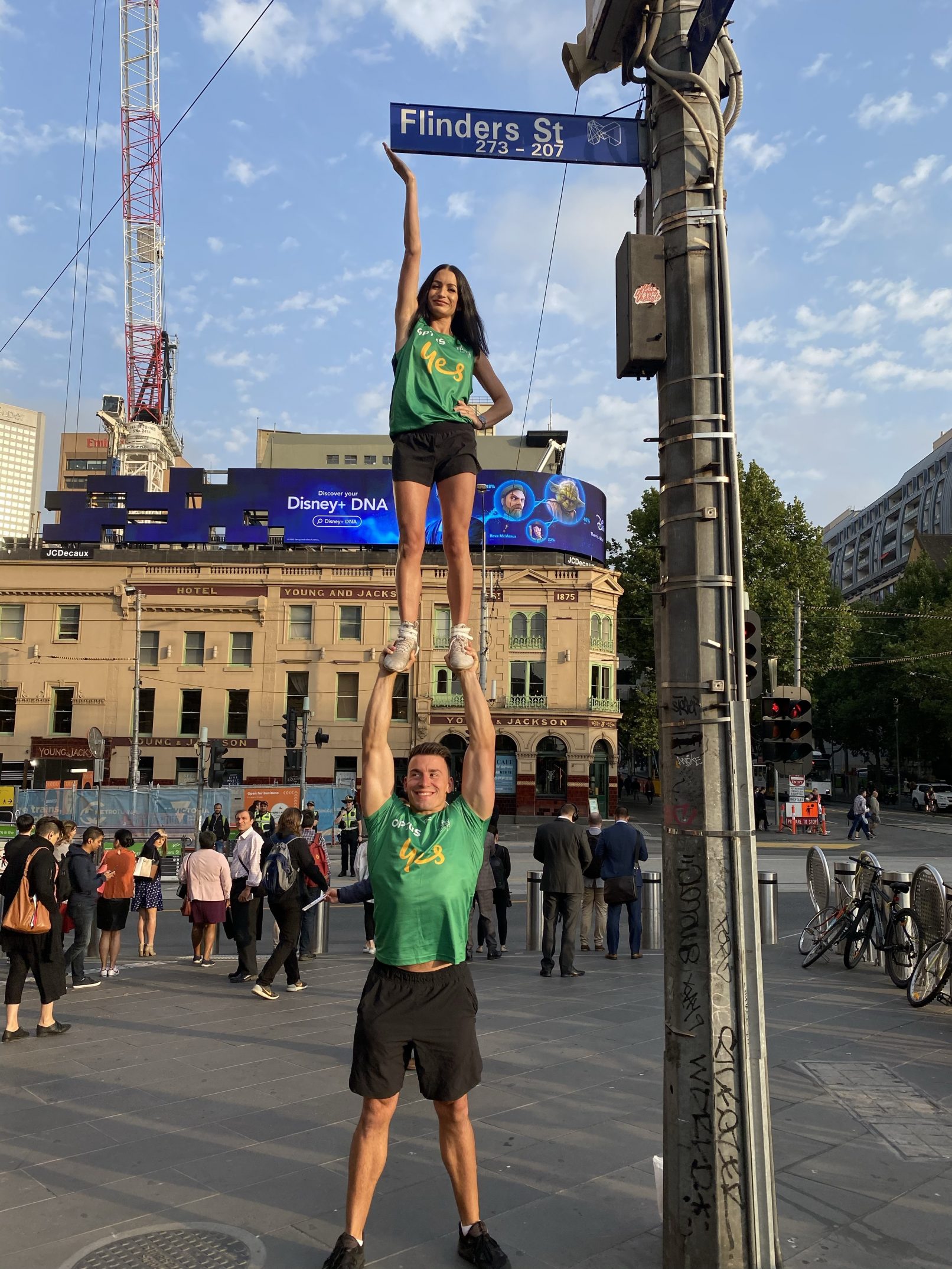