Serving up a taste of Australian Open 2019 with an immersive, multi-sensory experience

With an exciting new media partner onboard in Channel 9, Tennis Australia wanted to ‘wow’ stakeholders, partners and the media with their AO19 teaser-showcase. Neonormal was asked to design a multi-faceted experience that launched the AO19 offer 5 months out, inspiring investment and talkability.

We worked with Tennis Australia to develop the thematic First Serve – an experiential showcase bringing all the facets of the Australian Open to life, previewing all the food, wine, entertainment and partner opportunities available in January 2019.

First, our team mapped out the space to design a seamless journey for the event, ensuring multiple groups of guests and VIPs could move freely through, and engage with each area of the First Serve experience. Then we set about creating experiences for each element of the night — from a heroic entry moment and an iconic trophy display, through an AO Kids’ Ballpark (complete with balloon tunnel, ice cream cart, an inflatable zoo and an immersive underwater theatre), to the four Quarters of the Grand Slam Oval presented by a cast of live actors in a 360-degree storytelling showcase — illuminating the opportunities and possibilities for Australia’s premier sporting event in one unforgettable evening.

To bring to life the four Quarters of the Grand Slam Oval, we script a live show in a 360° environment across four custom-built theatre stages, hosted by our Bartender from a central ‘Open Bar.’ A cast of actors moved through the crowd and into the Quarters, each illuminating a unique target demographic and showcasing the expanded Australian Open offer, getting partners excited by the possibilities. With multimedia lighting and sound design woven around the story — and a generous serve of humour — the showcase stylishly set the scene for A019 as the festival of the Summer.

Downstairs, guests shook off inhibitions and took a trip back to their childhoods. With exuberant characters guiding them into a time-warp tunnel of blue balloons, they stepped through an intriguing archway into a playful underground wonderland. The candy-striped room brought the fun feel of summer, complete with a neon forest and a menagerie of inflatable animals, along with an AO moment made from hundreds of pool noodles. While Ballpark ambassador ‘Alley Oops’ entertained guests with her hilarious antics, she let them know there were no grown-ups here — so guests could pull their silliest faces at the Instamax photo wall, paint their tongues with blue lollipops and even have ice-cream for dinner at the Häagen-Dazs Cart!

Taking their seats amongst balloon animals in our Underwater Theatre, guests were instantly submerged in the AO water park concept — bubbles filled the room, before popping into colourful bursts of smoke, against a motion backdrop of aqua play, shot from a kids-eye view. Tennis champ Dylan Alcott and Alley Oops revealed the AO Ballpark concept for 2019 with an on-screen presentation, before giving a sneak-peek at the exciting new additions to the festival that got our guests all revved up for the Open.

Heading back upstairs to the Open Bar, guests were treated to incredible food offerings and live music from Channel 9 entertainers (and even a few surprise celebrity cameos) as Tennis Australia unveiled the future of the festival and the exciting potential of the 2019 Australian Open.

“Thank you so much for the incredible job on the AO First Serve event. It was such a pleasure working with you. With your help, we successfully showcased the AO19 initiatives in a fun and engaging way, and our guests were thoroughly entertained. Now it’s onwards and upwards with future partner events!” 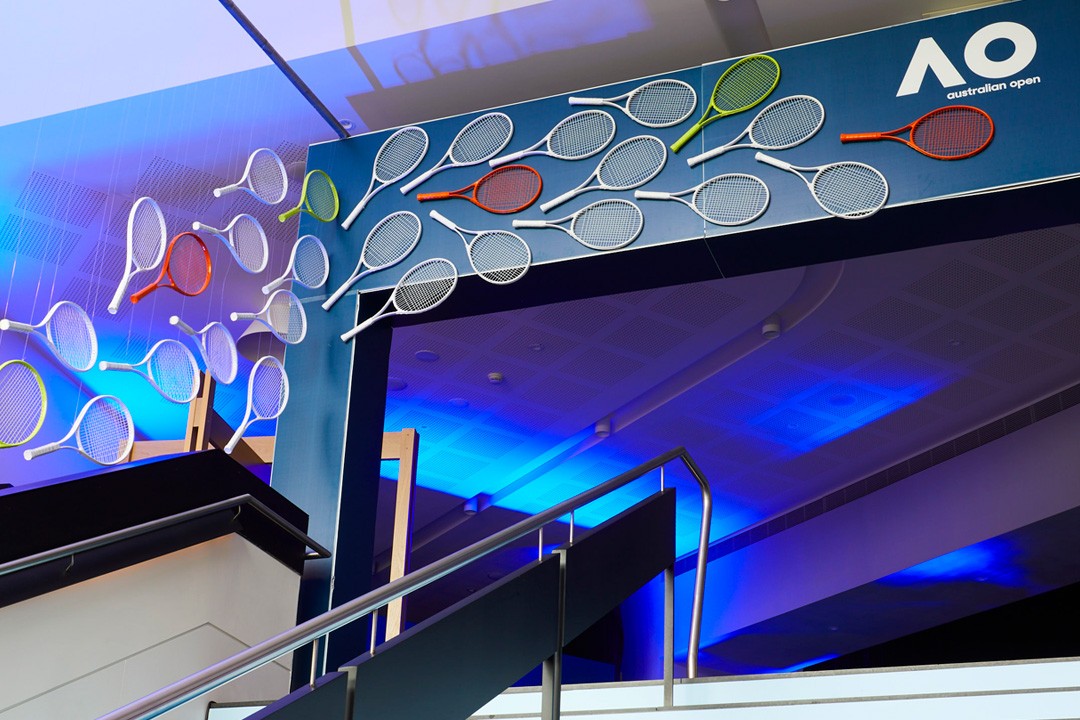 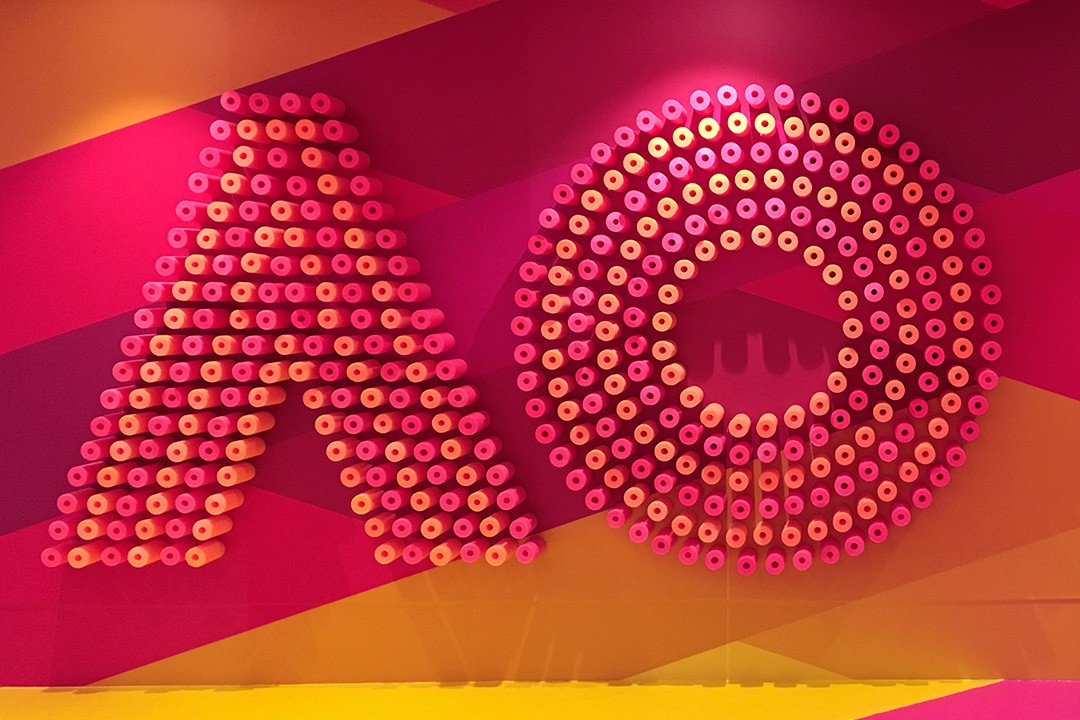 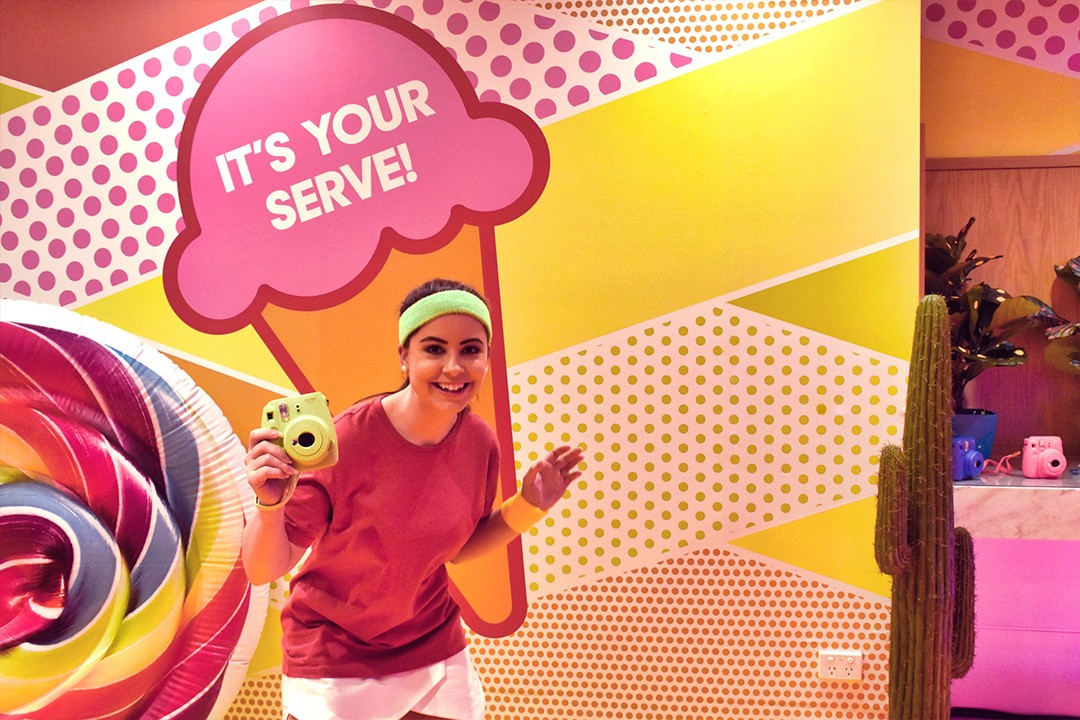 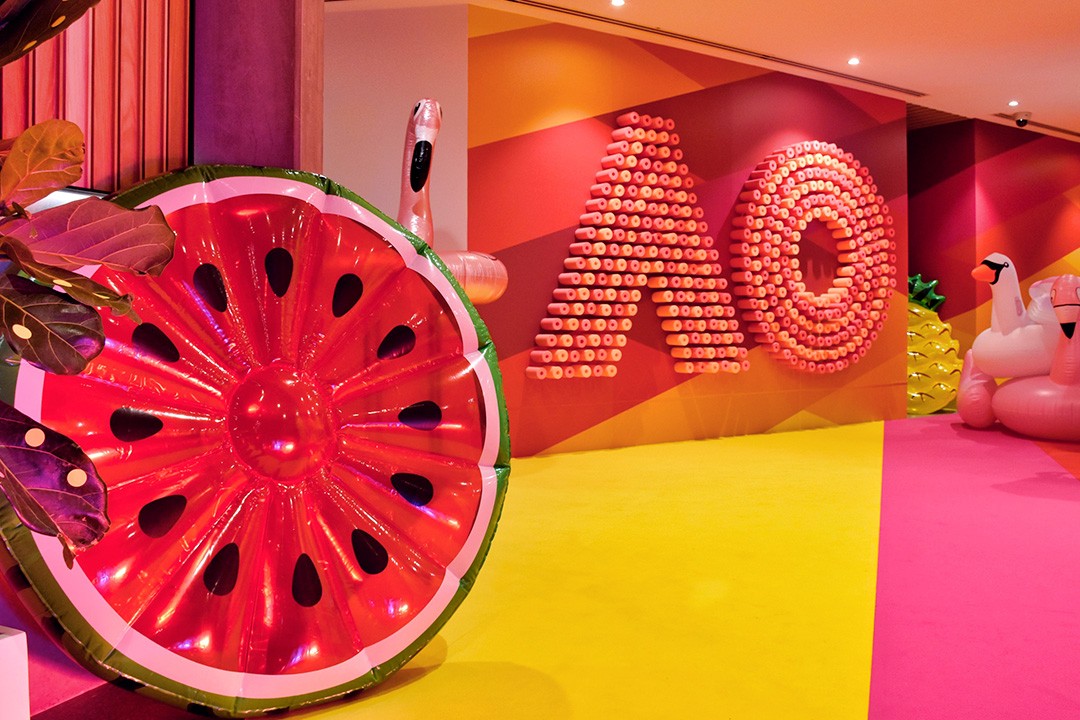 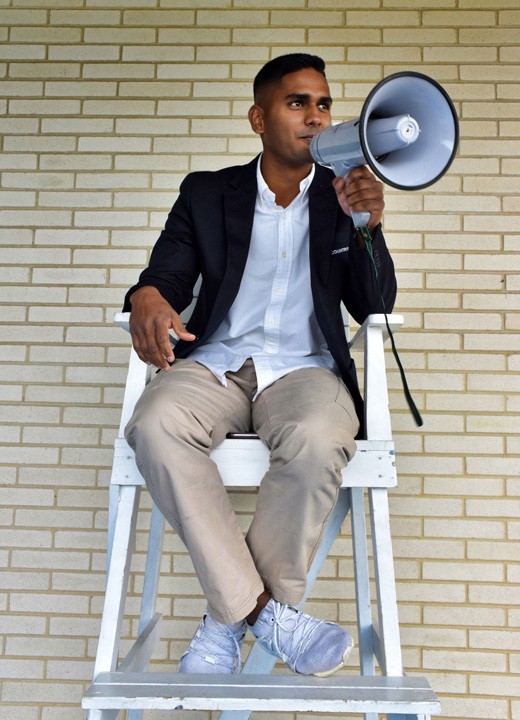 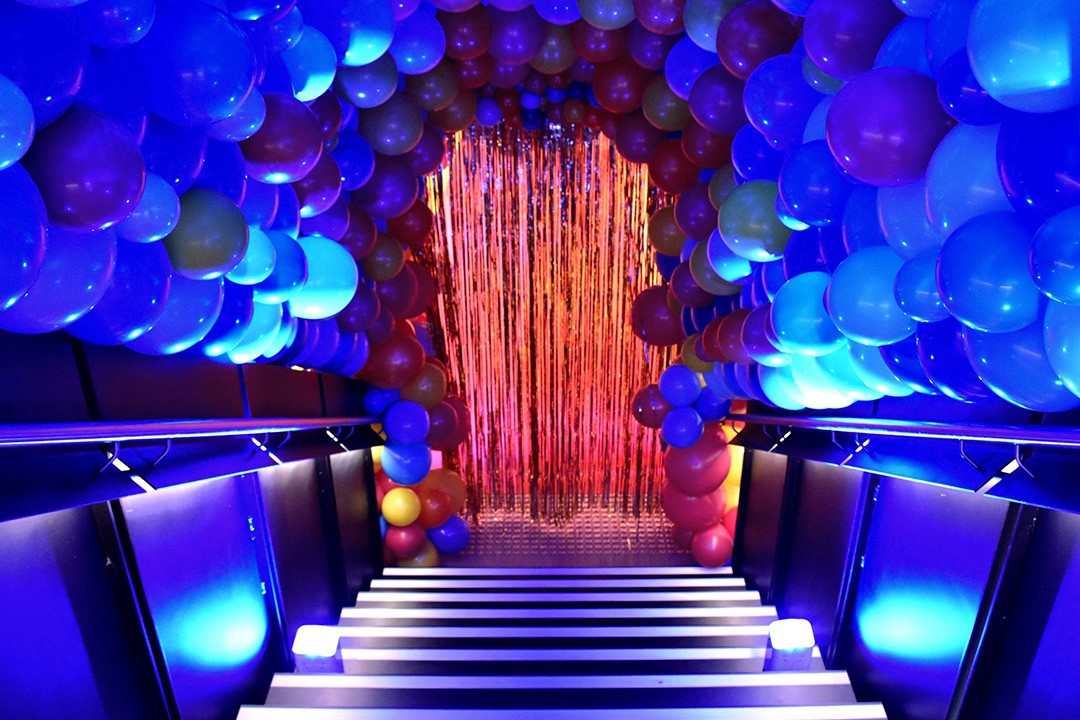 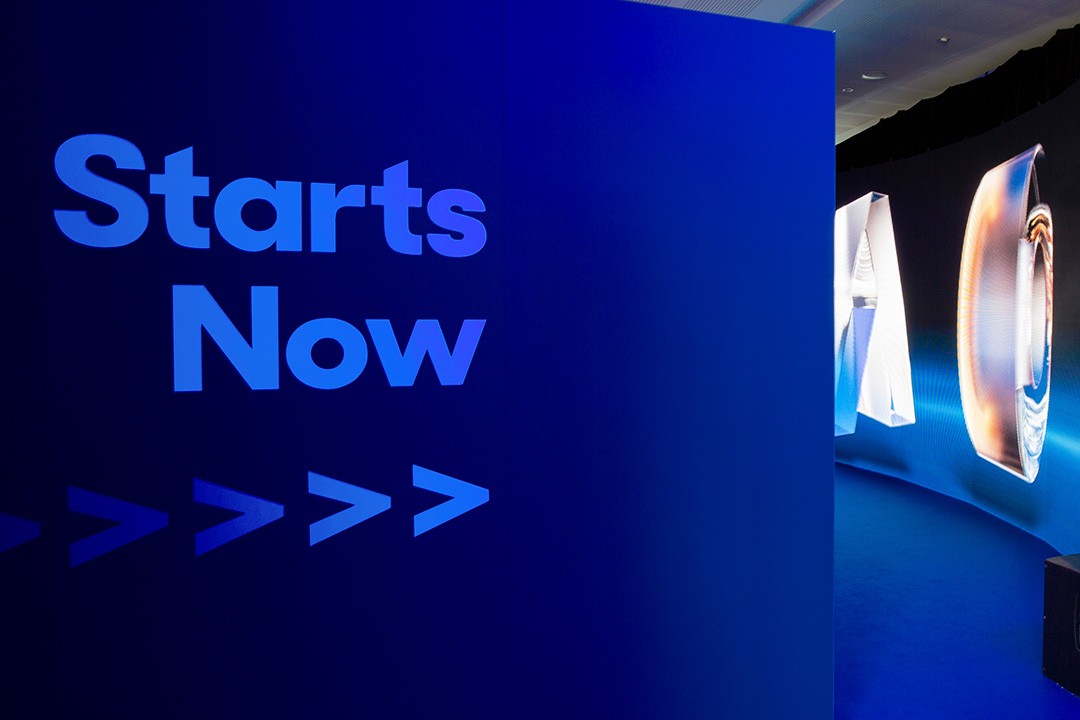 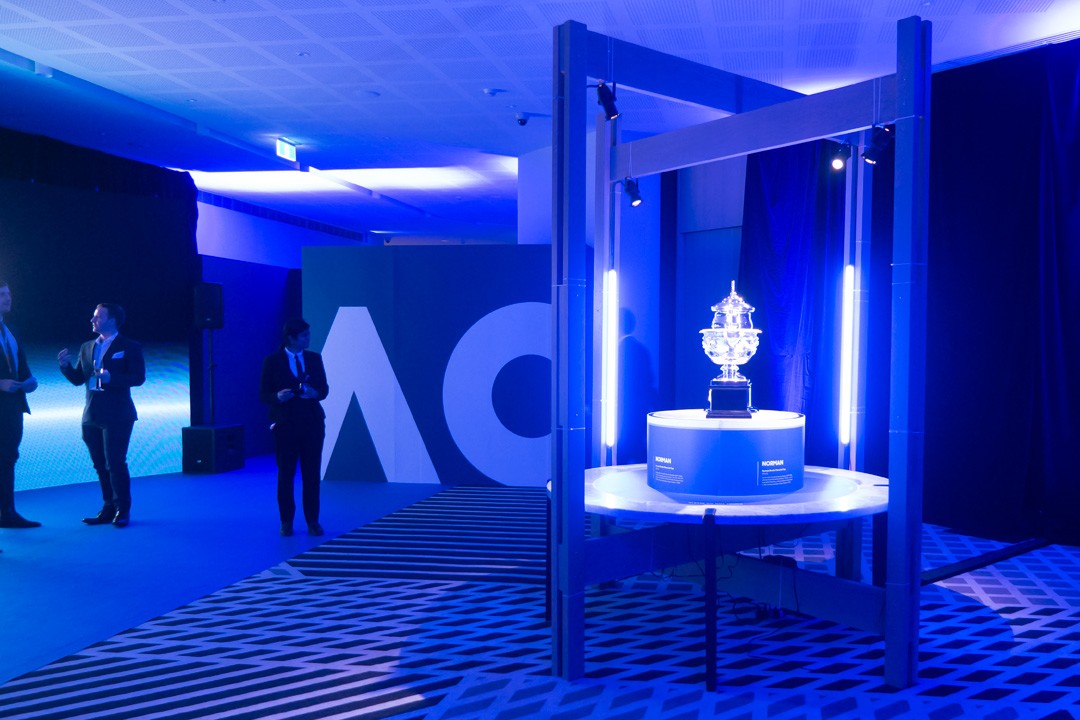 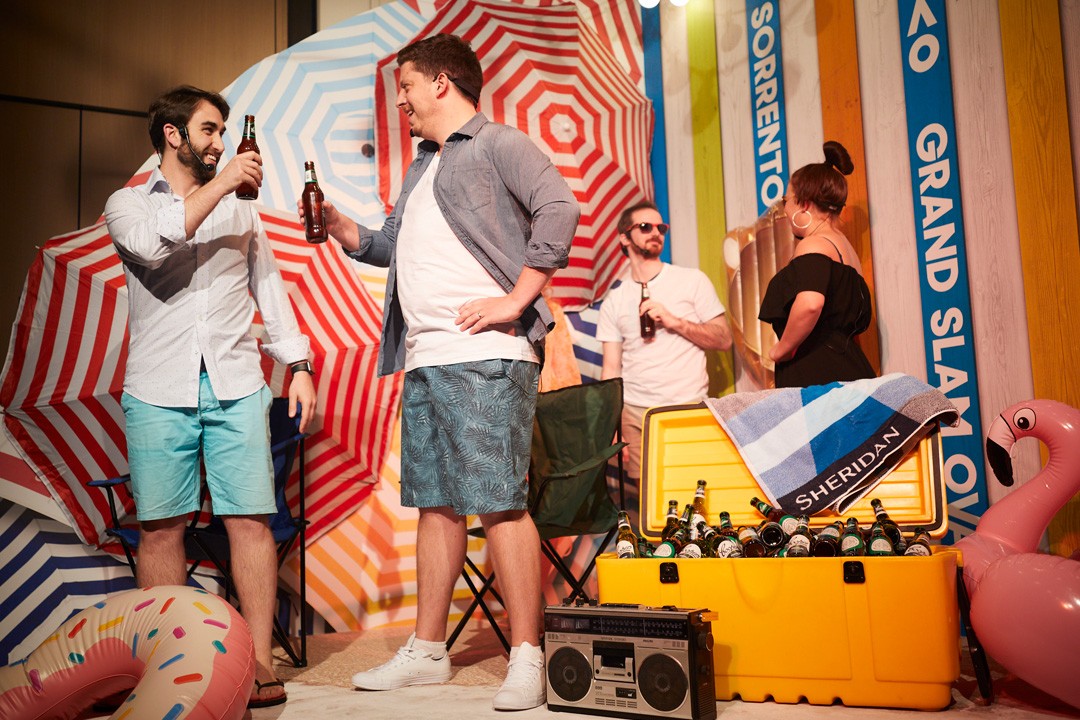 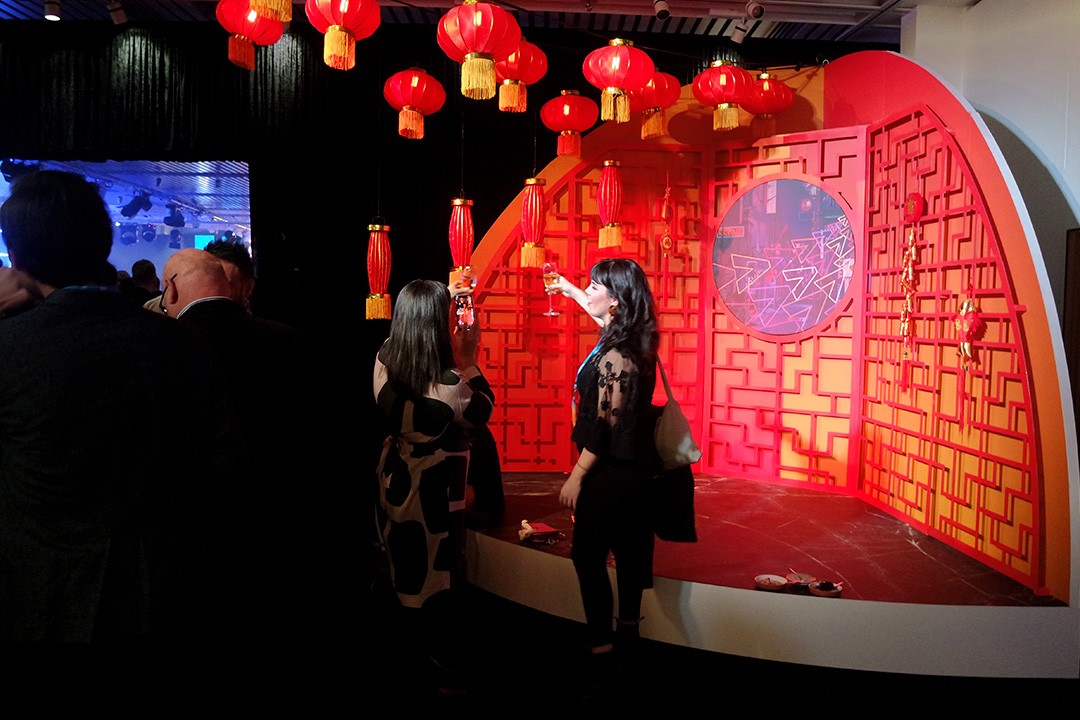 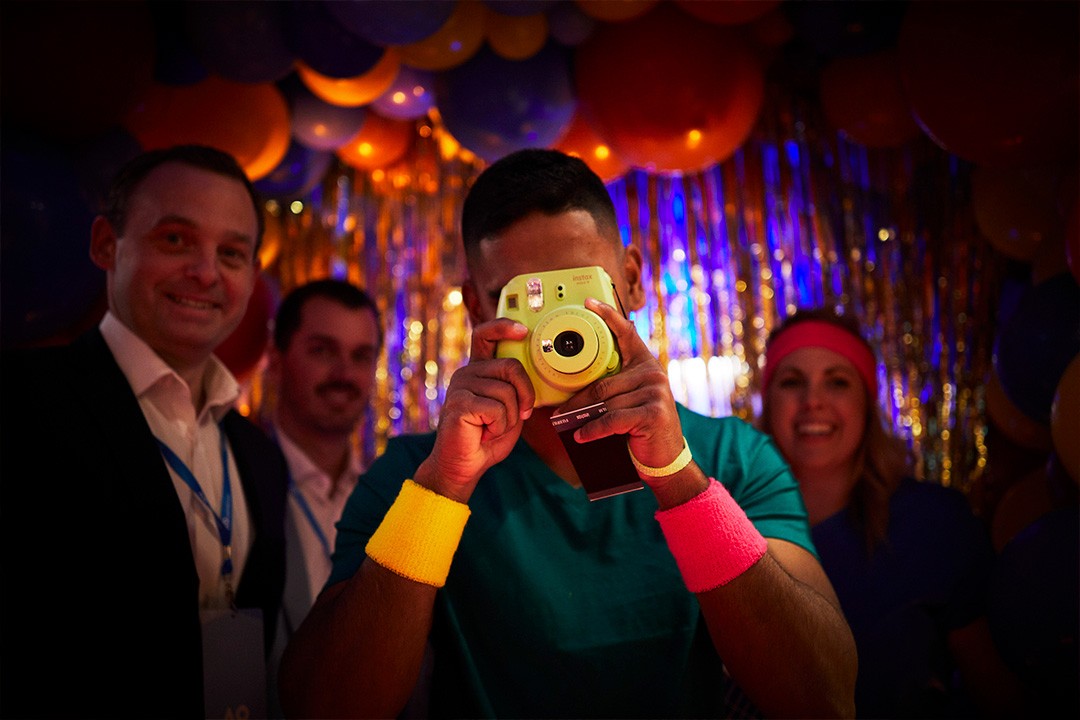