In celebrating International Women’s Day, we look at why gender balance in creative leadership continues to be crucial for reaching our audiences.

I would have to call myself a feminist.

This is inevitable, really, having grown up as the sole brother of 5 sisters. You couldn’t have called it gender equality, exactly — my dad and I were woefully outnumbered in our house! But I did grow up surrounded by strong, intelligent, inspiring, creative women. That any of these women might not receive the same rights, treatment or opportunities as I did was a completely foreign concept to me. It was totally normal for me to hear 6 distinct female voices sharing ideas, voicing opinions, making decisions and creating plans around the table.

So why isn’t this normal in creative agencies?

When I started as a designer at Neonormal – my first agency gig after years of being a solo freelancer – the dynamic felt quite familiar to me. I was working in a team of empowered and empowering females. In every department of the company – from the creatives, account managers and freelancers through to accountants, producers and strategists – women shaped, influenced and played critical roles in the creative we produced.

But I quickly discovered that this was not the ‘normal’ in other agencies.

In 2018 – ostensibly the ‘year of the woman’ – there are still such ugly discrepancies in wages for men and women across the creative industry. According to WPP, even some of the larger agencies are performing poorly when it comes to parity. Australia is faring a little better than the global trend – about 9.5% of our top CEOs are female, compared to a reported 5% elsewhere. But there is still a widespread lack of representation for women in leadership. And as Elle UK highlight so brilliantly, there is plenty of room at the top.

And what about the women outside of agency walls? Female audiences are a statistical majority in many of the markets brands are targeting, and yet 76% of women feel that they are not being represented by those brands. A Greenfield report even showed that 91% of women feel that advertisers don’t understand them.  Considering women hold 2/3 of purchasing power (a ‘female economy’ estimated at over $20 trillion and growing), why are we still predominantly trying to speak to them with the voices of white men?

In the last few years, some brands have jumped into ‘femvertising’ as an opportunistic grab at good-will. At best, these campaigns fell flat with their target audience. At worst, they backfired on the companies and agencies behind them and alienated the consumers they’re trying to connect with. With the current speed of search and a powerful female presence in social media, it’s not easy for brands to hide internal discrepancies with their female empowerment messages if the figures don’t match up. As we’ve seen with the poorly-received efforts of McDonald’s and BrewDog for International Womens Day, hollow gestures just don’t fly if they’re not based in brand truths.

In a watershed year where previously unheard women are raising their voices, they don’t need to just be shown in your next sportswear campaign – they need to be seen and heard. Not just referenced. Not paid pretty pink lip service. And most certainly not objectified, co-opted or used as proof of apparent gender diversity.

It turns out that “pinkwashing” is not the answer. (Who knew?)

For advertising and brand experiences to be effective in the current climate, and for us to reach a wider audience than ever, our messages need to be balanced and authentic, originating from both women and men alike. Creative parity, if you will.

Part of the current problem is that as low as 3% of our industry’s creative leaders are women. That is not enough to ensure that we’re telling complete stories, from a range of gender perspectives.

We’ve all seen how effective and powerful creative can be when it’s crafted with a strong female voice – think of Sport England’s now-iconic ‘This Girl Can’, or Always’ ‘Like a Girl’ campaign. And the numbers show that female audiences respond to authentic, compelling stories. Surely it’s in all of our best interests to make sure we’re speaking to the right people, with a balanced voice?

All in the Balance.

Design is balance. All of the elements being placed in proportion, holding tension, sharing space. This principle was drilled into me in design school. When a piece is unbalanced, it’s aesthetically displeasing — even ugly — in ways we can’t always pinpoint. It feels off. But when it’s right, it’s harmonious. It sings.

When our work is not informed by female perspective and vision, and gender is not represented equally at the table, we’ll continue telling one-sided stories. Not only will we perpetuate an antiquated ‘boys club’ agency model, but our creative effectiveness will suffer. When the gender divide in your agency is a gaping chasm, you cannot speak effectively to over half of your audience.

We need more opportunities for women to lead creatively. We need to adjust agency culture to make sure women are not only heard, or acknowledged – but championed.

It shouldn’t be such a remarkable claim, to tell you that Neonormal has never had a gender wage gap. That our workforce is made up of a majority of women, and they’re represented in every level of leadership. We shouldn’t have reason to be so proud that co-director and founder Madeleine Preece has held an equal leadership of the company with Tyson Carr since day one. That she’s always encouraged ideas coming from anyone and everyone – meaning that a strong female point of view shapes every project we work on. It should not be that unusual — especially in a creative, socially-conscious city like Melbourne — but it is.

The women I work with inspire me. Personally, creatively and professionally. We do our best work as an agency because they are present and vocal in our creative brainstorms and design sprints. They actively shape our campaign strategy and production. Without them, we’re missing a critical insight into – and empathy with – a huge portion of our audience.

Speak up. Then shut up.

I grew up with strong female voices around me, and it pushed me to raise my own, and fight for my ideas (ask the team here just how hard it is to get me to shut up!). But while I may have learned a level of empathy for the women around me, I’ll always speak from a male perspective and creative outlook. In my work, it’s critical for me to make space for the insight, ideas and input coming from the women in our team. To speak up and champion their voice – and then to shut up and listen.

I wouldn’t dream of speaking for women. I’m not qualified to tell stories on their behalf. But I will continue to speak up for them.

And across our industry, we must keep speaking up, keep questioning and confronting. Until gender parity is normal. Until our creative is balanced. And it all sings. 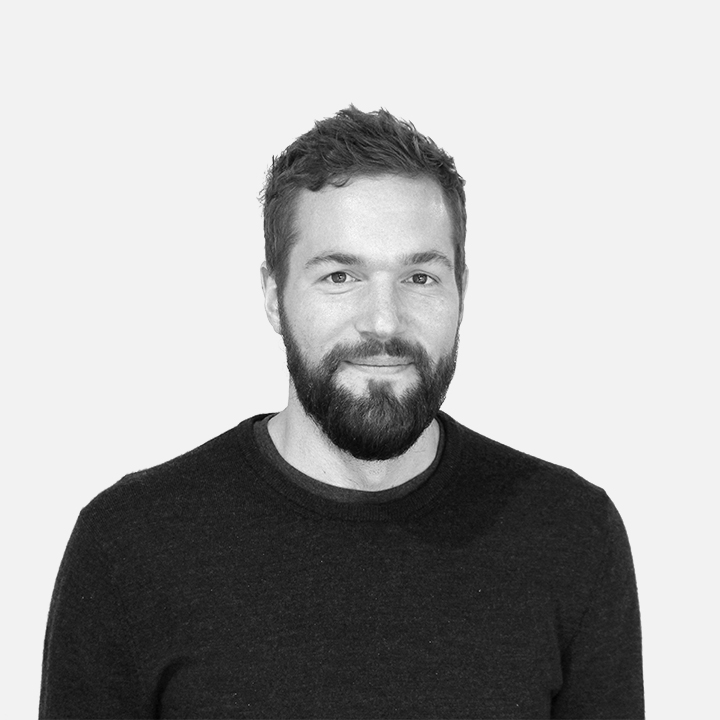 Joel is Creative Director at Neonormal. He loves crafting moments of connection that make audiences feel something, almost as much as he loves obscure coffee processes and merino wool. He also sings far too loudly and often around the office.